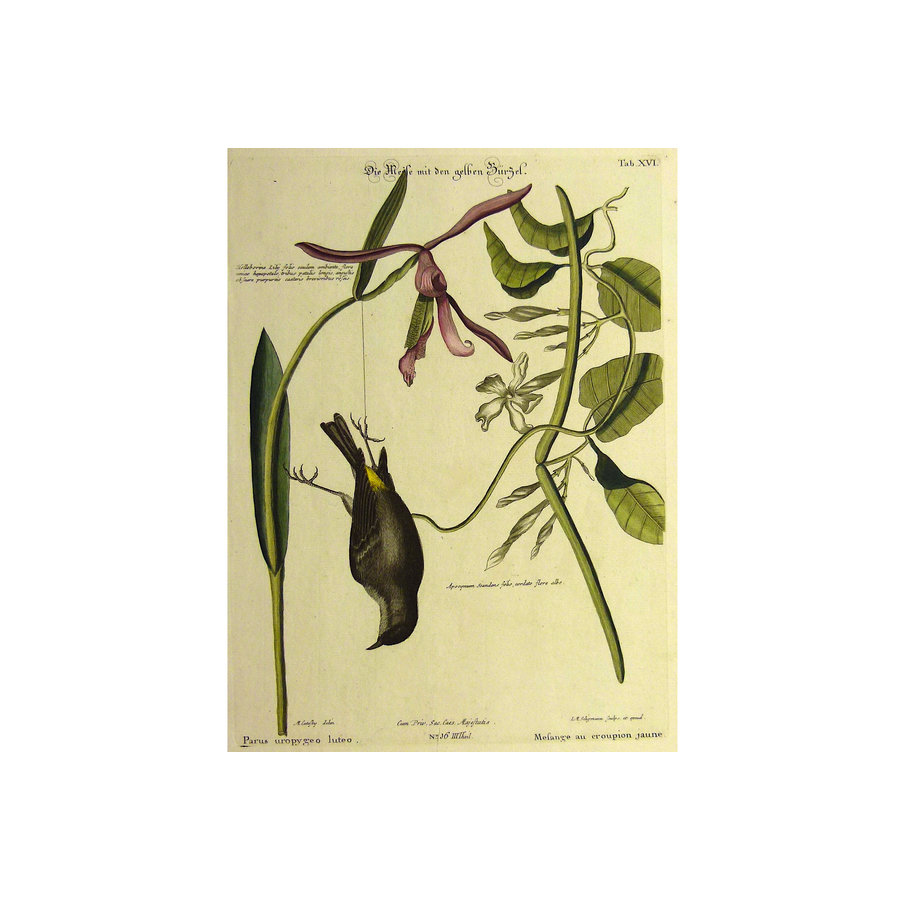 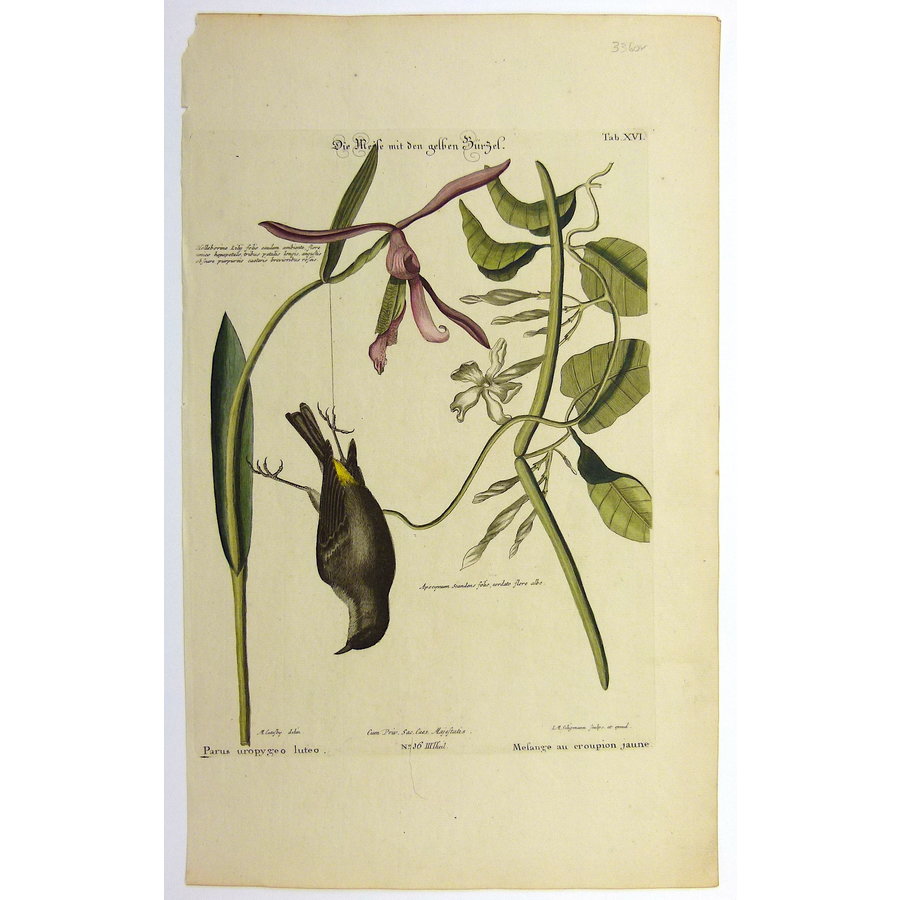 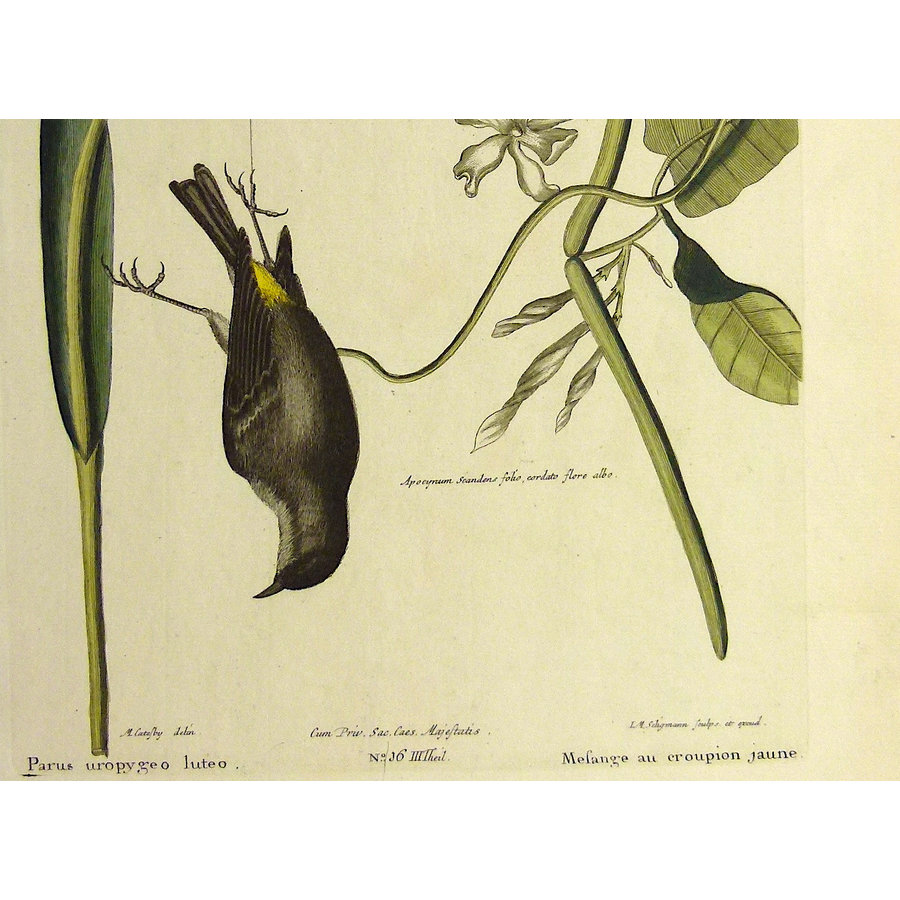 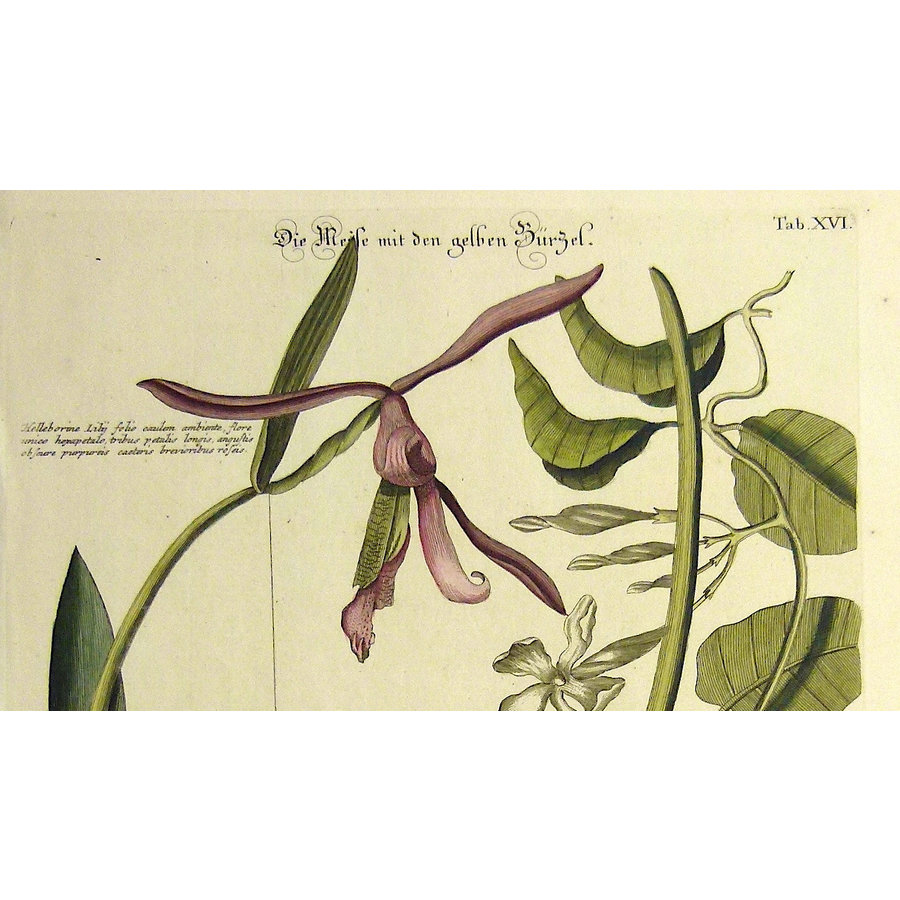 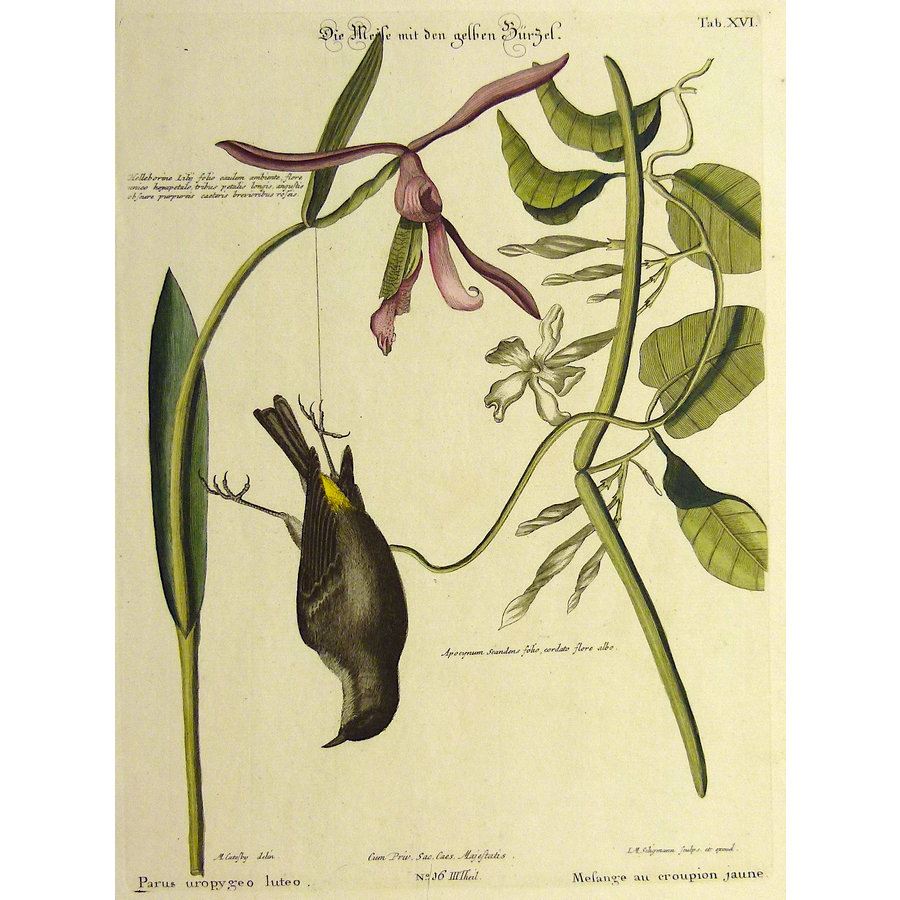 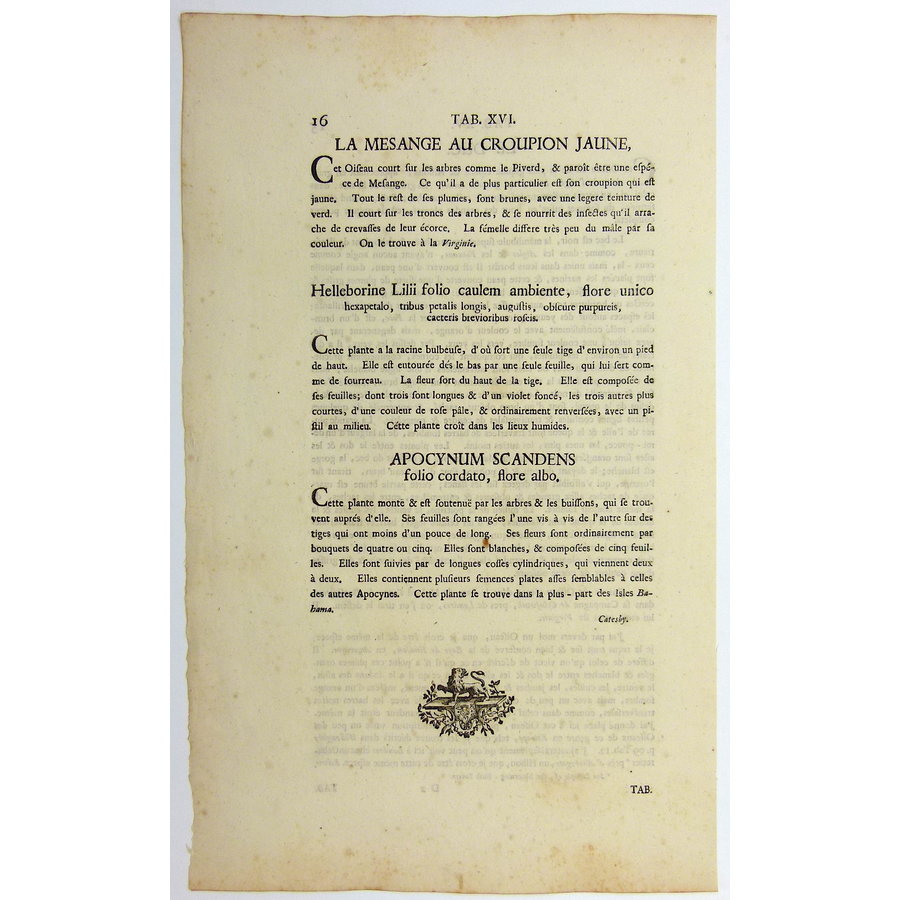 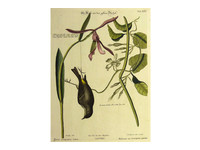 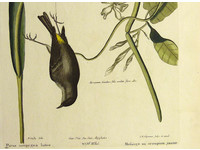 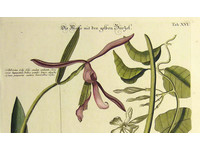 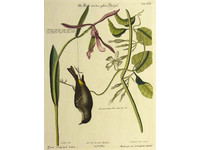 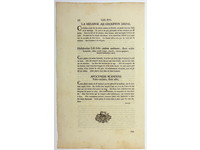 This is a Creeper, and seems to be of the Tit-kind. The most distinguish’d Part of this Bird is its Rump, which is yellow. All the rest of the Feathers are brown, having a faint Tincture of Green. It runs about the Bodies of Trees, and feeds on Infects, which it pecks from the Crevise of the Bark. The Hen differs little from the Cock in the Colour of its Feathers. They are found in Virginia.

This Plant has a bulbous Root; from which arises a single Stem of about a Foot high, encompassed by the Bottom-part of one Leaf as by a Sheath. At the Top grows the Flower, composed of six Petala; three of them long, and of a dark purple Colour; the other three shorter, of a pale Rose-Colour, and commonly turning back, with a Pistillum in the Middle. It grows in wet Places.

Apocynum Scandens folio, cordato flore albo: Dogs-Bane.
This Plant climbs upon and is supported by Shrubs and Trees near it. Its Leaves grow opposite to each other, on Foot-stalks less than an Inch long. The Flowers grow usually four or five in a Cluster, are white, and consist of five Petala, succeeded by long cylindrical Pods, growing by Pairs, containing many flat Seeds not unlike the Rest of the Apocynums. It grows on most of the Bahama Islands.